Australia: An HR guide to the 2020 annualised wage changes


This article was originally published in Lexology.

Do you have annualised wages in your organisation? This guide will help you get prepared for the 1 March 2020 changes.

The concept of annualised wages under modern awards and their impact on existing employment arrangements has left many HR practitioners bewildered. There is one certainty – it is time to start assessing your employees’ existing annualised wage or salary arrangements with modern award obligations in mind. This will include reconciling the hours award covered employees work to ensure they are adequately remunerated for any award entitlements they should receive, even if they are paid a salary under a contract of employment. 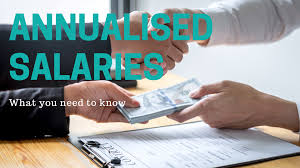 The decision
In July 2019, the Fair Work Commission handed down a decision for annualised wages as part of its four yearly review of modern awards (the decision can be accessed here). The decision requires employers to comply with certain new modern award annualised wage clauses from 1 March 2020 — but only in relation to employees who are paid an annualised wage, as opposed to a salary under a contract of employment.

There are three different types of annualised wage provisions. For the purposes of this article, we will refer to the Clerks Award to illustrate the changes brought about by this decision.

Are you required to do anything differently?

By way of example, in the Clerks Award, employers need to:
For other award-covered employees who are paid a salary under a contract of employment (including full-time employees covered by the Clerks Award), the answer is dependent on the current processes the employer has in place for monitoring hours worked.

Set-off clauses
The new annualised wage provisions do not invalidate contractual set-off arrangements and do not preclude an employer from continuing to enter into such arrangements. However, employers must ensure that an appropriate set-off clause is included in the employment contracts for those employees, which covers and specifies all award entitlements for the employees for all hours worked.

This will require many employers to record the start and finish times for their employees to ensure they are being paid what they would be entitled to under the relevant award for the hours they are working.

If a contractual salary arrangement is entered into, there is no need for employers to comply with all of the requirements under the new annualised wage clause in the Clerks Award. However, employers must ensure that:
If employers do not:
Accordingly, it is very important that employers have sufficient record-keeping processes in place to ensure they are paying award-covered employees an amount that covers all of the employee entitlements they would otherwise be entitled to receive.

(Note: For further information about our Asia Pacific Employment Law, contact us at sg-sales@wolterskluwer.com (Singapore)).

Upskilling your practice for the new new normal in accountancy

Firms already on the path to digitalisation will have seen this period of prolonged remote working and online collaboration as justificatio...