The International Monetary Fund has proposed further changes to Japan's tax regime following the increase to its sales tax rate.

Japan's headline consumption tax rate was increased from eight percent to 10 percent on October 1, 2019. A reduced eight percent applies to the supply of foods and drinks – with the exception of liquors and restaurant services – and to subscription newspapers issued twice or more a week. 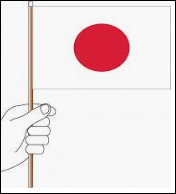 The consumption tax rate was last increased in 2014, when it rose from five percent to eight percent.

The IMF said that, relative to 2014, consumption has been less affected by October's rate hike, owing partly to countermeasures introduced by the Government. These measures include a tax allowance for automobile and house purchases, a point-reward program for cashless payments in SMEs, infrastructure investment, and additional spending for childcare and tertiary education.

According to the IMF, these measures, together with a smaller rate increase than in 2014, and the exemption of food, non-alcoholic drinks, and newspapers, "appear to have made frontloading of demand smaller than in 2014." There was nonetheless some "pickup in demand for some durable goods" in September, ahead of the rate rise.

Looking forward, the IMF emphasized the need to take into account the impact of an aging population on the Japanese economy. It suggested that "to finance aging cost, the consumption tax rate would need to increase gradually to 15 percent by 2030 and to 20 percent by 2050."

The IMF added that the rate of taxation on capital gains should be gradually increased from the current 20 percent to 30 percent, with the first increase taking place in 2022. Alternatively, the Government could consider the re-introduction of a wealth tax with zero or very few exemptions, a high threshold, and a low flat rate.

The IMF also urged that "a clear government commitment is needed for more effective corporate tax incentives for wage increases, higher minimum wages, and an increase in administratively controlled wages and social transfers."

This article is written by S. Saravana Kumar and Yap wen Hui and was originally published in the Malay Mail.  Reproduced with permission....