This article was first published on Donovan & Ho's website on 8 April 2019.

Do you find anything wrong with this scenario? 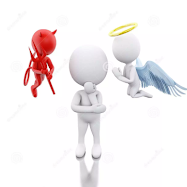 Situations like the above are referred to as potential “conflicts of interest”. This is because the employee’s personal interests are in conflict with the interests of her employer. In the scenario above, Employee X stands to benefit financially from Renovator ABC’s appointment, since it is her husband’s company. However, as a purchasing officer of MNC, she also has obligations to ensure that the best supplier is selected, and price may not be the sole criteria.


If challenged, it’s likely that Employee X would argue that MNC did not suffer any losses anyway, and in fact benefited from the arrangement since Renovator ABC was the cheapest priced. Does this make the entire situation acceptable from an employment law standpoint?

The Industrial Court in Azliyah binti Samsi v Petronas Management Training Sdn Bhd (Award No. 1033 of 2019, 25 March 2019) dealt with the issue of conflict of interest.

These were the facts:

The Industrial Court dismissed the Employee’s claim for unfair dismissal. In so holding, the Court made the following observations:

The Industrial Court decision above takes a firm position against employees who are found to have violated their company’s code of ethics or code of conduct. Violation of an ethics policy may therefore be misconduct warranting termination.

It is often tempting to argue that situations like the above are harmless, or that they are “victimless” crimes especially if there is no fraud, or if the Company does get the goods/services that they paid for. The Industrial Court’s decision makes it clear that there is no requirement for the Company to have suffered any financial loss or reputational loss in a conflict of interest situation.

The core wrong is not the conflict of interest itself, but the non-disclosure of that conflict. In some situations, a Company may still proceed to appoint an employee’s family member as a supplier or vendor after disclosure. In those situations, there is no misconduct since there is full disclosure by the employee, and the Company made an informed decision to proceed with the vendor.

Employers should also look into having a written ethics policy if they wish to promote the right culture for their organisation. As noted by the Industrial Court:

“The Company created an overall impression upon this Court that its Code of Conduct and Business Ethics, part of its mission statement, so to speak, and more particularly its ethics policy on conflicts of interest contained therein, was obviously intended to instil a “value based” culture in which its employees could be trusted to do the right thing because they knew what the Company stands for. Succinctly, the intent was to build and sustain an insightful and ethical organisational and corporate culture to reflect that the way the Company conducts its business matters as much as what they do and how they do it – i.e: it is not only the end result that matters but also the integrity of the route taken to get there. Everyone in the Company was to be guided by that set of core values and principles, which were meant to inspire every employee to align around the Company’s mission…”

This article was written by Donovan Cheah. Donovan has been named as a recommended lawyer for labour and employment by the Legal 500 Asia Pacific 2017, 2018 and 2019, and he has also been recognised by Chambers Asia Pacific and Asialaw Profiles for his employment law and industrial relations work.
Donovan & Ho is a law firm in Malaysia. Our practice areas include employment law, dispute resolution, tax advisory and corporate advisory.  Have a question? Please contact us.
By happykk7 - May 16, 2019

This article is written by S. Saravana Kumar and Yap wen Hui and was originally published in the Malay Mail.  Reproduced with permission....