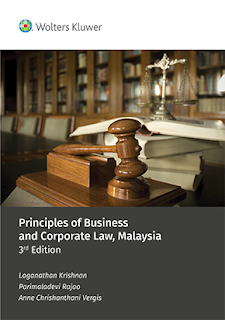 It is common for governments to reform, amend and modernise laws to ensure relevancy, eliminate conflicting/redundant laws and simplify compliance. The Malaysian business environment has seen its fair share of changes made to its legal framework and will continue to do so in the future. Some of the notable changes include:

One of its key impacts was on the insurance industry as it prohibits insurers from operating both life and general insurance business simultaneously under one license. Licensed insurers that were operating with composite licences would have had to restructure or divest either its life or general insurance business. Apart from that, the FSA 2013 simplified the exchange control regime and imposed stricter penalties for financial crimes. Its introduction allows for better management of risk and good governance.

Companies Act 2016
The Companies Act 2016 (CA 2016) came into force in stages from 31 January 2017, with the intention of modernising the legal framework and improving the ease of doing business in Malaysia.

Officers and company directors are now held to a much higher standard of governance and accountability. Potential penalties include a fine of up to RM5m, as well as a prison sentence of up to 10 years. Criminal sanctions can also be imposed on officers responsible instead of the company. Such heavier penalties would have led to officers and company directors being more aware of their duties and responsibilities.

The CA 2016 also introduced various deregulatory measures to allow companies to operate more efficiently. For example, private companies are no longer required to hold AGMs; instead resolutions can be made via circulation. It also abolished the concept of shares with nominal value. Any newly-issued shares will no longer be tied with the nominal value when the company was incorporated. Instead, shares may be issued at a price based on factors reflective of the real value of the shares.

Businesses in Malaysia are required to be cognisant of a multitude of laws, apart from the above-mentioned. Other laws may include Contracts Act 1950, Sales of Goods Act 1957 and the Consumer Protection Act 1999. This means businesses need to allocate a significant amount of resources, be it time or money, for compliance and policy management. While it is commendable that laws are constantly reviewed and updated for the better, it is important to ensure that such amendments are performed with a broad-based policy in mind, as opposed to ad-hoc amendments that do little for the improvement of the business legal framework or the operating efficiency of businesses.

Principles of Business and Corporate Law, Malaysia explains the Malaysian legal framework and the legislation that governs the Malaysian business environment in the main areas of business and corporate law. The book is written in concise and simple point-to-point manner that enables easy understanding and a quick grasp of the main key points of the issue in discussion. Case examples, references to legislation, case law, illustrations and examples are used to support explanations.

Principles of Business and Corporate Law, Malaysia covers, among others, law of contract, law of tort, sale of goods, company law, consumer law and labour law.

The Third Edition has been reviewed and updated to reflect the changes in the law. It contains valuable expanded commentary, including:

The aim of this book is to provide students and professionals like accountants, company secretaries, business owners and managers with a strong, working foundation in commercial law.
By Shalinni - October 04, 2018

Email ThisBlogThis!Share to TwitterShare to FacebookShare to Pinterest
Labels: Malaysia