Unfair Dismissal in Malaysia – Is there a need for reform?

Author: Donovan Cheah (Partner, Donovan & Ho)
www.dnh.com.my
The article was first published in the March/April 2017 edition of MGCC Perspectives, a publication of the Malaysian German Chamber of Commerce and Industry. 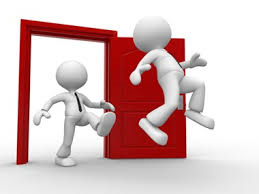 There is no shortage of such brief and curt termination letters in Malaysia. No reasons are provided, and employers commonly believe that compliance with the notice clause is the extent of their legal obligations when it comes to terminating employees.
This assumption is incorrect, because Malaysia’s employment law regime does not recognise the concept of “at will employment”, and requires employers to have “just cause and excuse” before they can terminate an employee. This onus is one-way as employees do not have to provide reasons for resigning.

There is no prescribed or exhaustive definition of what amounts to “just cause and excuse”. However, there are broad categories of situations which have been established to amount to acceptable reasons to terminate employees, such as poor performance, misconduct and redundancy. The failure of an employer to adequately justify the grounds for dismissal may result in a complaint of unfair dismissal, which is governed by the Malaysian Industrial Relations Act 1967 (“IRA”).
What happens in an unfair dismissal claim?
Under the Malaysian Industrial Relations Act (“IRA”), an employee who claims he has been unfairly dismissed may make a representation to the Director General for Industrial Relations within 60 days from the date of his dismissal or last day of employment.
The Industrial Relations Department (“IRD”) will then organise a meeting between the employee and the employer. At this meeting, an IRD officer will act as a mediator between the two parties in hopes that the matter can be settled amicably.
If a settlement is achieved, the IRD officer will require parties to sign an agreement to record the terms of the settlement, and the matter will be considered resolved.
In the event a settlement cannot be achieved at the conciliation meeting, the IRD will prepare a report on the dispute to be sent to the Minister of Human Resources.
The Minister of Human Resources, acting on the report, has the discretion to refer the matter to the Industrial Court if he is of the view that the claim discloses serious issues of law or fact to be decided, and/or if he finds that the claim is not frivolous or vexatious.
Once the matter is referred to the Industrial Court, the employee’s claim will go through a mechanism that is similar to a civil suit. A trial (with witness testimony) will be heard in front of the Chairman of the Industrial Court, sitting alone, who will decide whether the employee has been unfairly dismissed.
Is there a need for reform?
The conciliation process in the IRD is usually cited as a key target for reform. Currently, an aggrieved employee has no automatic right to have his unfair dismissal claim heard before the Industrial Court. His complaint must go through the required conciliation process at the IRD, and his day in court is purely at the discretion of the Minister of Human Resources.
There is currently no fixed timeline for the IRD to start or conclude its conciliation proceedings. There is also no prescribed time frame for the Minister of Human Resources to make a decision about whether to refer the matter to the Industrial Court.
This means that an employee may have to wait months (and in some unfortunate cases, more than a year) before he can be certain that his complaint has been referred to the Industrial Court. Employers are similarly left in a quandary which in turn impacts commercial considerations such as legal provision budgeting and material litigation disclosures to auditors.
The processing of these individual disputes may cause a strain on the resources and time of the IRD and the Minister of Human Resources and proponents of reform have argued that there is a case for abolishing the conciliation process and allowing employees to lodge unfair dismissal claims directly at the Industrial Court.
If such reforms take place, it would be necessary for the Industrial Court to undergo a reform of its own, since the Industrial Court may not have sufficient resources to handle the influx of cases that would arrive from the abolition of the conciliation process. There are currently no provisions in the Industrial Court Rules to allow the Industrial Court to summarily dispose of cases without the need for trial, which would be crucial in allowing the Industrial Court to weed out frivolous and vexatious cases.
Legal costs are currently not awarded in the Industrial Court, so there is also little financial consequence to employees for “trying their luck” with frivolous claims. This puts employers on the back foot, since they will still be out of pocket for legal fees even in a best case scenario where they successfully defend an unfair dismissal claim. There is therefore a need to review how costs are handled in the Industrial Court. Legislative reform must strike a balance between ensuring access to justice is not hindered by financial constraints, and imposing consequences on vexatious litigants.
The business case for fair dismissals
Regardless of whether the current system remains the same or is reformed, companies doing business in Malaysia should be mindful of the economics of managing their workforce in compliance with our employment law regime.
Wrongful termination in Malaysia can have severe financial and reputational ramifications on an ill-advised employer. What works fine in other countries may not necessarily be acceptable here. Cultural considerations also come into play. As much as we would like to believe otherwise, “fairness” remains a subjective concept that is hard to pin down. Fairness has to be looked at in a “Malaysian” context with reference to our existing laws and not just from the employer’s perspective. An employer who does not at least try to treat employees fairly would find himself with little leverage in the event of a claim.
As the consequences for getting it wrong cannot be understated, it actually makes good business sense for companies to treat their employees fairly. If there is one thing that is certain, it is this: employees who feel mistreated by their employers will retaliate. Retaliation can come in many forms and is not limited to law suits; disgruntled employees and ex-employees are the very worst ambassadors for a company and can drag down morale and tarnish reputations.


Termination of an employee is something that has to be thought out carefully and not rushed. Taking a fair and considered approach to termination will not only reduce legal costs, but may also reduce employee turnover.
By happykk7 - November 13, 2017